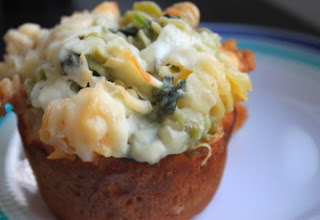 Aaaaand we’re back to our normal broadcasting, uh I mean, recipe posting.  Wedding week was fun though, wasn’t it?  I know I may have mentioned something about still posting a recipe or two last week, but a little something called Staycation 2012 got in the way.  What is Staycation 2012, you ask?  Well, Marc had a week of vacation last week and since I used up most of my vacation days for the wedding and honeymoon, I couldn’t take time off from work to go on a real vacation with him.  So, we created Staycation 2012, during which I went to work during the day while Marc slept in, relaxed, read, and played with Maddie, and we did something fun each night.
We didn’t get too crazy with our Staycation activities, but it was fun to make a point of doing something together every night.  With Marc’s busy schedule, “doing things together” doesn’t happen as often as we’d like.  All in all, Staycation 2012 was a success.  Quality time was had.
Like many vacations, we did our share of eating out last week.  It was Staycation, after all.  But by Friday night, I think we were both ready for a home-cooked meal.  Unfortunately, I hadn’t planned to cook a meal.  Or so I thought.  I had bought all of the ingredients to make these cute little pasta filled pot pies the week before and completely forgot about making them.  Lucky for us, our Friday night dinner was rescued and these little pot pies saved the day.
The thing is, when I told Marc what I was making on Friday night, I could see the skepticism in his eyes.  I could hear it in his voice.  But when we sat down for dinner, Marc took his first bite and said “These are actually really good!”  Instead of being offended by him doubting my cooking, I agreed, “Yeah, they really are!”  Because they were.  Really good and really easy, too.
So what are these little gems, you ask?  Well, they’re chicken alfredo pot pie – biscuit pot pies filled with chicken alfredo pasta.  Yes, I get that this recipe might be a carb explosion, but it’s delicious so I don’t care.  Bring on the carbs.
This recipe also uses canned Alfredo sauce and while I’m not usually one to use pre-made sauces, there is a time and a place for them and it works great in this meal.  The Classico brand Alfredo I picked out turned out to be quite delicious, too.
These are made in a jumbo muffin pan, but you could definitely make them in a regular sized pan and use one biscuit per pot pie, instead of two like I did in the jumbo pan.  You could also use ramekins if you have those too.
Like this recipe?  You’ll love these, too:
Creamy Sweet Potato and Mushroom Pot Pie with Chive Biscuits
Chicken Pot Pie
Carbonara Pizza
Chicken Florentine Spaghetti